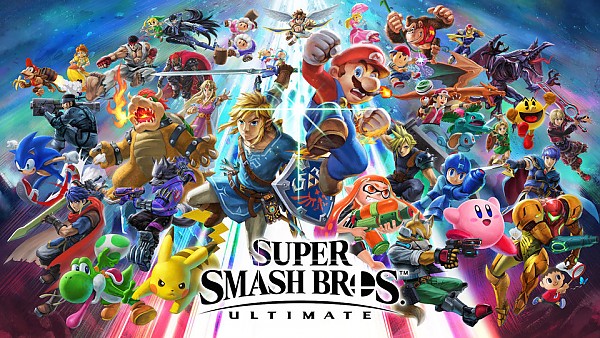 E3 2018 is wrapping up. All the press conferences are over, and all the big announcements have been made.

Overall, it was quite an impressive showing this year. The industry's top game makers, including Nintendo, Sony, and Microsoft, as well as top publishers like Bethesda, Ubisoft, and EA introduced plenty of new games that people can get really excited about.

If you missed any of the big reveals or just want to see the highlights again, these were the 13 biggest announcements made at E3 2018:

1. "Super Smash Bros. Ultimate" is coming to the Nintendo Switch on December 7.
2. The Microsoft-owned 343 Industries has a new "Halo" game coming soon for the Xbox One, called "Halo Infinite." It has no release date yet.
3. Fans went wild for "The Last Of Us II," one of the most anticipated games coming exclusively to the PlayStation 4. It has no release date yet, but we'd guess sometime in 2019.
4. Bethesda announced a true sequel to "The Elder Scrolls V: Skyrim," called "The Elder Scrolls VI." It has no release date yet, but we'd guess it will arrive after 2019.
5. "Kingdom Hearts 3" mashes up the worlds of Disney and Square Enix once more — and after nearly a decade in development, it finally has a release date: January 29, 2019.
6. PlayStation 4 owners will get the open-world samurai game they've always wanted with the excellent-looking "Ghosts of Tsushima." It has no release date yet.
7. After years without a new "Mario Party" game, the franchise will make its triumphant return in "Super Mario Party," coming to the Nintendo Switch on October 5.
8. "Cyberpunk 2077" looks like an incredible new game from the makers of "The Witcher 3." It has no release date yet.
9. "Assassin's Creed Odyssey" takes place in ancient Greece, and it looks stunning. It's coming to PlayStation 4 and Xbox One on October 5.
10. "Fallout 76" is a new kind of game in the postapocalyptic series: It takes place entirely online, and every human you encounter is another player. It arrives November 14.
11. We got our first look at actual gameplay from the mysterious game "Death Stranding," coming soon from the famed developer Hideo Kojima. There's no release date for this one yet.
12. "Sekiro: Shadows Die Twice" is a new game from the makers of "Dark Souls" and "Bloodborne." It arrives sometime in 2019.
13. "Gears Of War 5" features top-of-the-line visuals and the same great action from previous games. It arrives sometime in 2019.