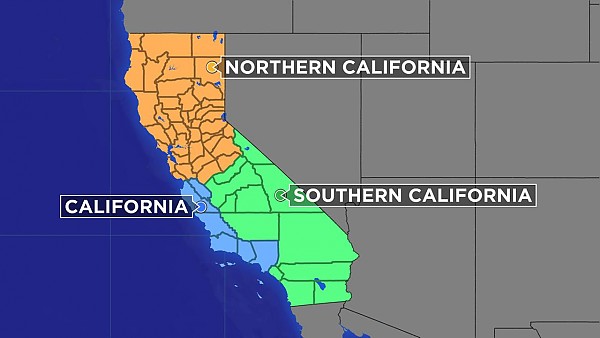 The six-state solution failed to catch on in California, but voters will now have an opportunity to decide whether the Golden State should be split three ways.

The “Cal 3” initiative sponsored by Silicon Valley billionaire Tim Draper qualified Tuesday for the November ballot, securing the necessary 365,880 valid signatures based on the state’s final random sample, according to Secretary of State Alex Padilla.

The ambitious longshot effort comes a few years after Mr. Draper failed to qualify his much-discussed “six Californians” initiative for the 2016 state ballot despite spending more than $5 million.

“This fall on Election Day, voters will get the chance to say that the status quo of ineffective, inefficient, and insular state government is taking Californians in the wrong direction,” said a post on the Cal 3 website.

The three-state approach would give Californians a “fresh start” on issues like education, infrastructure and taxes, according to Mr. Draper.

The proposal comes with Californians increasingly calling for the state to do something as frustration builds over the $1.3 trillion debt, mounting social problems, sharp political divisions between coastal and inland communities, and Sacramento’s ongoing feud with the Trump administration.

Another effort to upend California, the so-called CalExit secession measure, is still in the signature-gathering stage as Yes California organizers attempt to qualify the initiative for the November 2020 ballot.

The Cal 3 campaign has stressed that the two ballot drives are unrelated, noting that the three Californias effort “will not separate any part of California from the United States.”

Under Cal 3, each of the three states would have roughly 13 million residents, and each county would be included in its entirety in one of the three.

Unlike “Six Californias,” which would have placed rural regions at an enormous economic disadvantage by cutting them off from wealthy coastal communities, the three states envisioned under Mr. Draper’s latest proposal include a greater diversification of industries.

Northern California, which would include San Francisco, Sacramento and Silicon Valley, would be the richest with an annual household media income of $63,000, according to Cal 3, citing figures from the legislative analyst’s office.

Southern California, harboring San Diego, Orange County and the Central Valley, would be the poorest with an annual $45,000 median household income, with California falling in the middle at $53,000.

Mr. Draper, a venture capitalist based in Silicon Valley, is founder of DFJ Venture Capital and Draper University, a program for the would-be “entrepreneur or innovator.”

Article IV, Section 3 of the U.S. Constitution allows states to divide into new states, but the last state to do so was Virginia, which spun off West Virginia in 1863 during the Civil War — albeit involuntarily, as the pro-Union western counties seceded from the state in order to leave the Confederacy.